The Memory of Vera Butova
English

The Memory of Vera Butova
1941

I, Butova Vera Alekseevna, was born on the 25th of August 1932, in the village of Communard in the Belovskii area of the Kursk region. The village is located not far from the city of Kursk. In May of 1941 I completed the first grade at the Kommunarovskii middle school. I will never forget the 22nd June for the rest of my life.
It was a bright, sunny day. At the village the flowers were blooming in the front yards and the early fruit was ripening in the orchards. And on this peaceful day war invaded the lives of the people.
Over local radio they immediately announced that war had begun. Along with all the others, my father on the 23rd of June went off to war. The most difficult period in my life, and in the lives of all my peers, were the school years. In September, I entered the second grade. For two months, September and October, I studied in school.
At this time the bombing started, and the shelling. The Germans were advancing very quickly. In November, the territory of the village was occupied by the fascist invaders. They established their authority in the village, appointed a commandant and closed the school. Older students were not taught. They allowed the first, second and third classes to be taught.
During the years of the war, for the second and the third grades I studied in the basement of the school. The Germans permitted lessons on grammar, arithmetic and reading. They didn’t allow reading in reading textbooks so that the children wouldn’t know of the Motherland, Stalin and Lenin. We read a textbook on botany for the fifth grade.
At the school the Germans opened a hospital for their wounded soldiers. When the Germans occupied the village, they looted all the shops, went into any apartment, into any house, and took whatever they liked. It was difficult to study. We had to write between the lines in the books. The older children didn’t study. They forced the fourteen-year-olds to dig trenches and load the dirt in railcars. We had in the Kursk region black soil. They hauled this soil off to Germany.
Everyone was waiting for victory. And then came the joyful day, the 9th of May. Not all were able to return from the front. Our father did not return. But life went on. 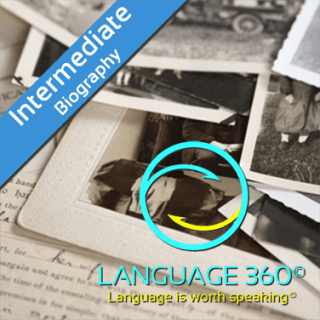 The Memory of Vera Butova